Remembering those who remember.

Tomorrow is Veterans Day here in the US, which was a little confusing for me during the first few years I was here, as in Canada this day is Remembrance Day.

World War I ended on 11/11/1918 at 11:00AM, and 60 years later I stood silently with the rest of my English class at 11:00AM as taps was played over the high school PA system. Our teacher, stern and stoic Mr. Dashwood-Jones, wearing a beret with a Regimental shield and a poppy, was ramrod straight; tears rolling down his cheeks.

He was a WW2 vet; I remember another November morning when I attended a Remembrance Day ceremony in a local cemetery, and watched a small line of shaky, white haired men with canes and dark suits with medals pinned to their chests: men who had themselves actually heard the guns of Flanders.

For every Canadian kid memorizes and repeats “In Flander’s Fields” the immortal poem written by John MacRae, A Canadian doctor who himself did not come home.

Remembrance Day was a solemn event, and its advent was always heralded by the appearance, about a week before, of poppies in people’s lapels. We all wore them; I miss not seeing them now. 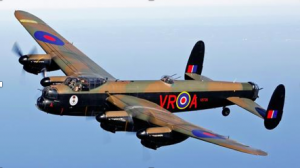 And all this naturally makes me remember, with gratitude, my uncle, Flight Officer John Brown, RCAF, who flew Lancasters in World War II, and was, according to what I was told, the only survivor of two different flight crews.

And so, on this crisp November morning, now 99 years after the Armistice, I read the poem again, remember the poppies and veterans of my youth, and honor those who currently serve with distinction and bravery to protect that which we treasure.

Posted in Things That Engage Us